Vesakha (in Pali the ancient Indian language) is based on the name of the Indian month (vaisakha) which runs from April to May. We sometimes see Wisakha or Visakha written, which is the Thai name. We opt here for the Pali name Vesakha.

In the countries of the Theravada tradition, on a full moon of the month of May (sometimes there are two in May), Vesakha Puja (also Vesak or Wesak for short) is celebrated as a national holiday and as the main Buddhist festival.

Since a Buddhist convention in 1950, the celebration has often been referred to as the 'Birthday of the Buddha', but the ceremonies of the day remind us of the enlightenment (Pali: Nibbana) and the death (Pali: Parinibbana) of the Buddha. .FF 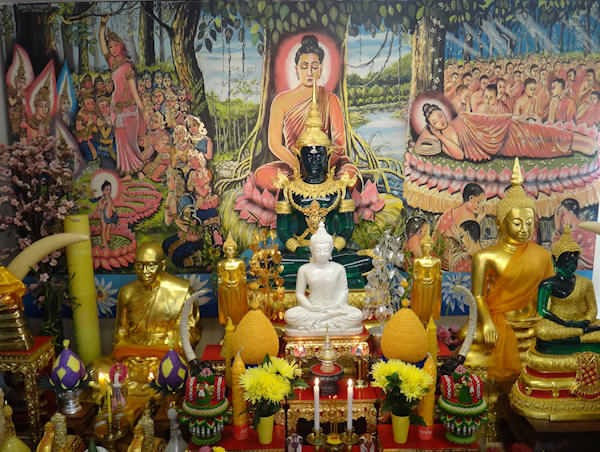