Songkran (from Sanskrit samkranti: the movement towards, passing or entering) is the movement of a planet or the sun from one position in the sky to another. The sun's entry into the constellation of Aries (Aries) is celebrated as the Songkran Festival.

Songkran used to mark the beginning of the year in Thailand, but since 1940 the year has also started on January 1, and Songkran is celebrated as the "traditional" Thai New Year, an official holiday from April 13-15.

The traditional use of water during Songkran has an original social and spiritual aspect. Sprinkling with water is a form of respect or blessing. The festival period is accompanied by parties in the family circle and expressions of respect to parents and relatives.

Water is a symbol of cleansing and renewal. The house will receive a thorough cleaning. The people make new decisions about their (good and bad) behavior for the new year. Buddha statues are washed and honored in the temples.

Today the emphasis is often on having fun with water fights and throwing people and vehicles wet.FF 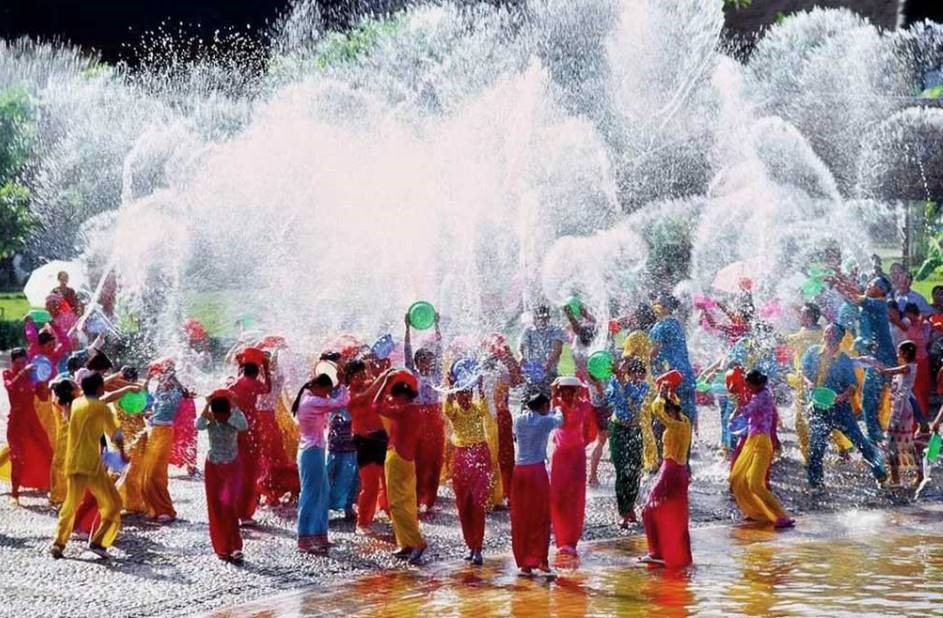