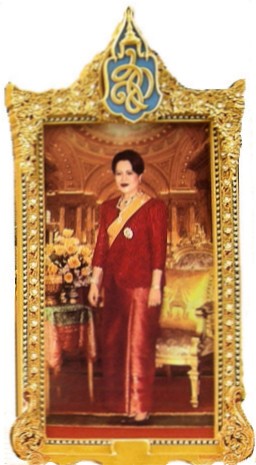 In Thailand, August 12 is a national holiday and the same day celebrates Queen Sirikit's birthday and Mother's Day (WAN MAE HENG CHAT "- วัน แม่ แห่ง ชาติ), during which time buildings and streets are decorated with portraits and the royal emblem of the queen.

The Queen was born Mom Rajawongse Sirikit Kitiyakara in Bangkok, Thailand in 1932.

Her full title (Her Majesty Queen Regent) and name is Somdet Phra Nang Chao Sirikit Phra Borommarachininat. She was regent in 1956 during the period when her consort King Bhumibol, according to Thai tradition, became a monk.

The Queen, herself a mother of three daughters and a son, is a symbol of the nation as the Mother of Thailand She captured the hearts of the Thais through her zeal for the welfare of her subjects in many charitable projects. Most notable are her efforts to preserve and revive Thai folk arts and crafts.

To experience how beloved Queen Sirikit is by her Thai subjects and how emotionally those Thai mothers and their children experience Mother's Day, come and have a look at the annual festival in Wat Dhammapateep Mechelen.