The Community of Monks or the Order of Buddhist Monks is called the Sangha in the Pali language(see the link below). 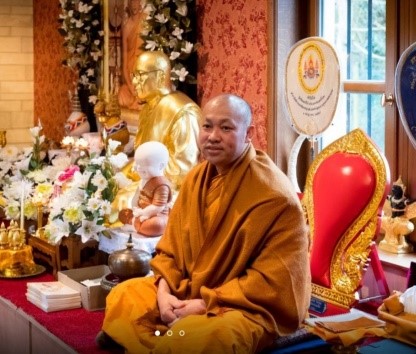 Since 2008, the abbot has been permanently present in our country with an exceptional residence permit. He previously resided in a Thai temple in Washington for three years. He speaks Thai, Lao and English fluently.

Other Thai and Lao monks regularly come to Wat Dhammapateep, to stay there temporarily, to visit or on a journey to other temples. About 20 monks from Wat Chakkawatrajawas already stayed here.

Since its creation in 2005, Wat Dhammapateep regularly welcomes monks as guests.

They mostly come from Wat Chakkawatrajawas in Bangkok but also from other temples in Thailand, Europe and America. The sequence below is very incomplete and the sequence is coincidental. 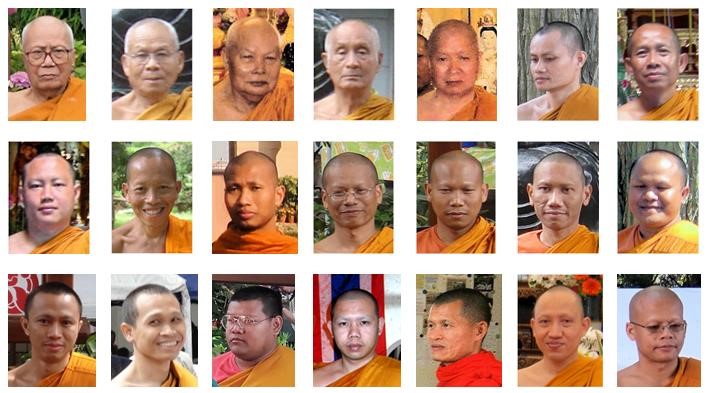