The temple Wat Dhammapateep (the Temple of the Light of the Leather) is situated in a very quiet street in Muizen (Mechelen). 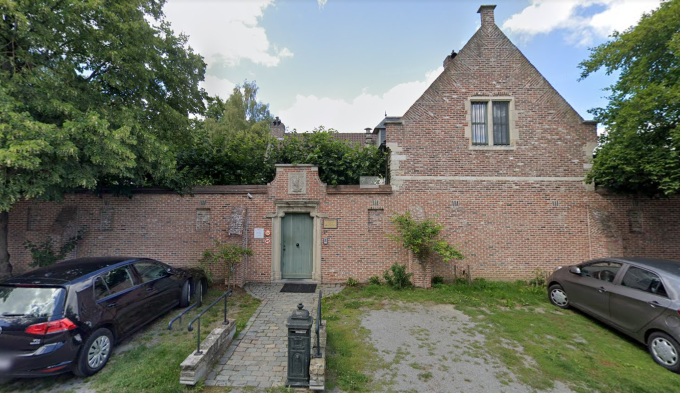 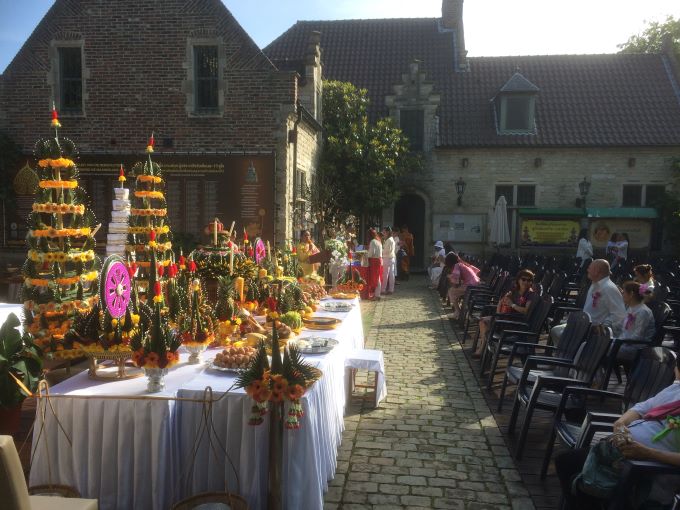 In Thailand, a 'Wat' can include in addition to a temple (in the Western sense: place for ritual and ceremonial acts and worship) other buildings or spaces for all kinds of cultural, educational and social purposes (school, hospital, museum, etc.).

The main building of Wat Dhammapteep, commonly referred to as "the Temple", was purchased by the non-profit association in 2015. The building is in beguine style, which was formerly built by a general and later inhabited by his son, a doctor.

The building has the function of a temple, that is to say (in the Western sense) for the rituals, ceremonies, worship and other spiritual acts). These actions take place in the vihaan on the ground floor and in the meditation room on the first floor, the spaces where the Buddha images and decorative elements are also placed. 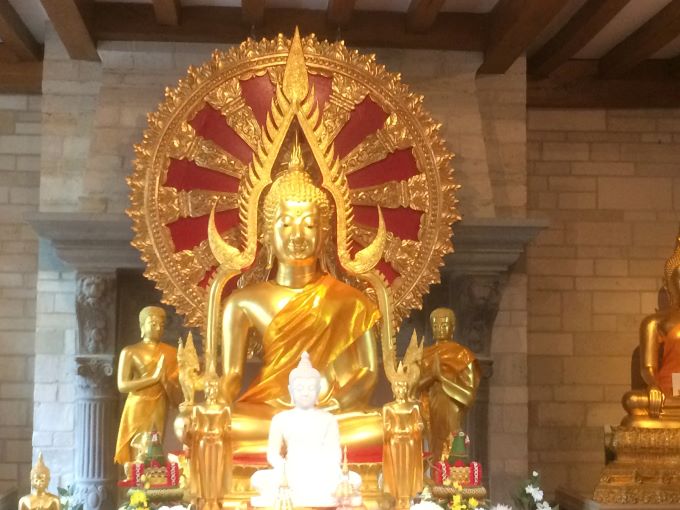 The Buddha statues, predominantly in Thai style, come in all sizes and in the full range of symbolic postures. Typically Thai are the 'Buddhas of the Week' and the Phra Kaew Buddhas, copies of the Emerald Buddha in the temple of the Royal Palace in Bangkok . Some images represent the disciples of the Buddha. There is also a life-size sculpture of the Temple's founder, Phra Phuttiwongmunee (then Abbot, Sub-Patriarch and member of the Supreme Sangha Council of Thailand).

Classrooms and some quarters for the monks and guests are available. The rest of the building is occupied by sanitary, cooking, storage and living space and an office. The Thai's respect for the monarchy is evident in large portraits of the King and Queen.

In the garden there are 3 buildings and several covered open buildings that are suitable for multiple purposes.

In the courtyard is the famous eye-catcher and the highly respected symbol of the Temple, the Great Granite Buddha. In its shadow, the Temple organizes Buddhist festivals that attract thousands of Buddhists and sympathizers every year. 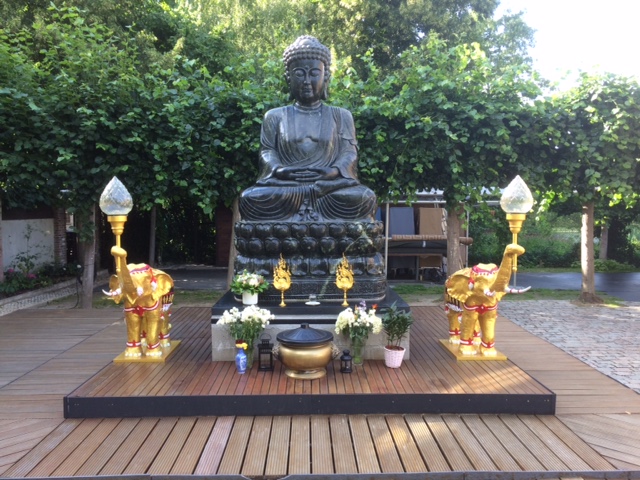